How might we allow users to shop for multiple trip items in one session?

Back on our legacy platform, customers were able to string together trip items within a single shopping path and purchase everything at once. When all of the products started migrating from legacy onto a single platform, these capabilities had to be turned off and deferred until all the products were on the same new platform. It’s consistently one of the most common topics of feedback we receive from clients and all our competitors offer a way to do this. Now that all of the shopping products have finished migrating, we can finally reintroduce this capability. We really wanted to do it right, and really think through the experience.

In order to do this, the product lead set up a workshop and involved all of the necessary players. We wanted to do our due diligence in researching and testing viable methods and bring our findings to the workshop.

• How are the other online travel agencies handling this use case?

• How can Egencia apply some of those learnings?

To get started, we documented shopping paths of half a dozen different products. We found that there were two distinct multi-item shopping flows. The first, being the "Bundle & Save" model, which is the conventional shopping flow in the travel industry. Nearly every travel brand uses this model. Then there is the "Hub & Spoke" shopping path which is more common when considering eCommerce platforms like Amazon. The latter of the two was very complex when applied to the travel space, but we needed to dive into both use cases in order to poke holes in our theories.

These product tear-downs included UX walkthroughs of multi-item shopping scenarios, highlighting things these products did well and how we could apply those learnings to Egencia. We collected screenshots and compared desktop to native app experiences for all of the companies listed below. This linked research deck includes tear-downs of Priceline and Instacart.

Locking down a sensible flow within the eCommerce model took a handful of iterations. We worked on the whiteboard for a few days straight to get to a solution that worked well enough to carry forward into testing.

After drawing out Iteration 2, I took it into Freehand to clean it up a bit. The goal here was to see where the current product’s UI would need to change in order to build the UX flow we had just white boarded. Before even starting this exercise, we knew it would require a significant change in the product and tech architecture, and were incredibly skeptical of this direction. We had to note dozens of assumptions just to make it work, and in an ideal world, there are as few assumptions as possible.

Since Egencia is underneath the Expedia Group umbrella, we look to our sister brands often in order to see if they are solving a similar problem. A very widely used pattern in travel shopping is the "Bundle & Save" path, where a user picks at the beginning which products they need. There are a lot of historical reasons for the origination of this path, but in general, it has been around so long that it is considered convention. Because of that, we did minimal whiteboarding to create this flow and went straight into wireframing.

After sharing the above explorations internally, we received feedback that we should consider using some of the features our product currently supports. One of those features is called Draft Trips, where a user can "save trip items for later" and return at a later time to complete the booking. We also have a feature called "Attach" where they can add hotels, flights, cars, etc to an already existing trip container.

I created our third prototype that strung together these existing features in a slightly different path. This flow ended up feeling the best, had the lowest barriers to build, and the fewest number of assumptions. 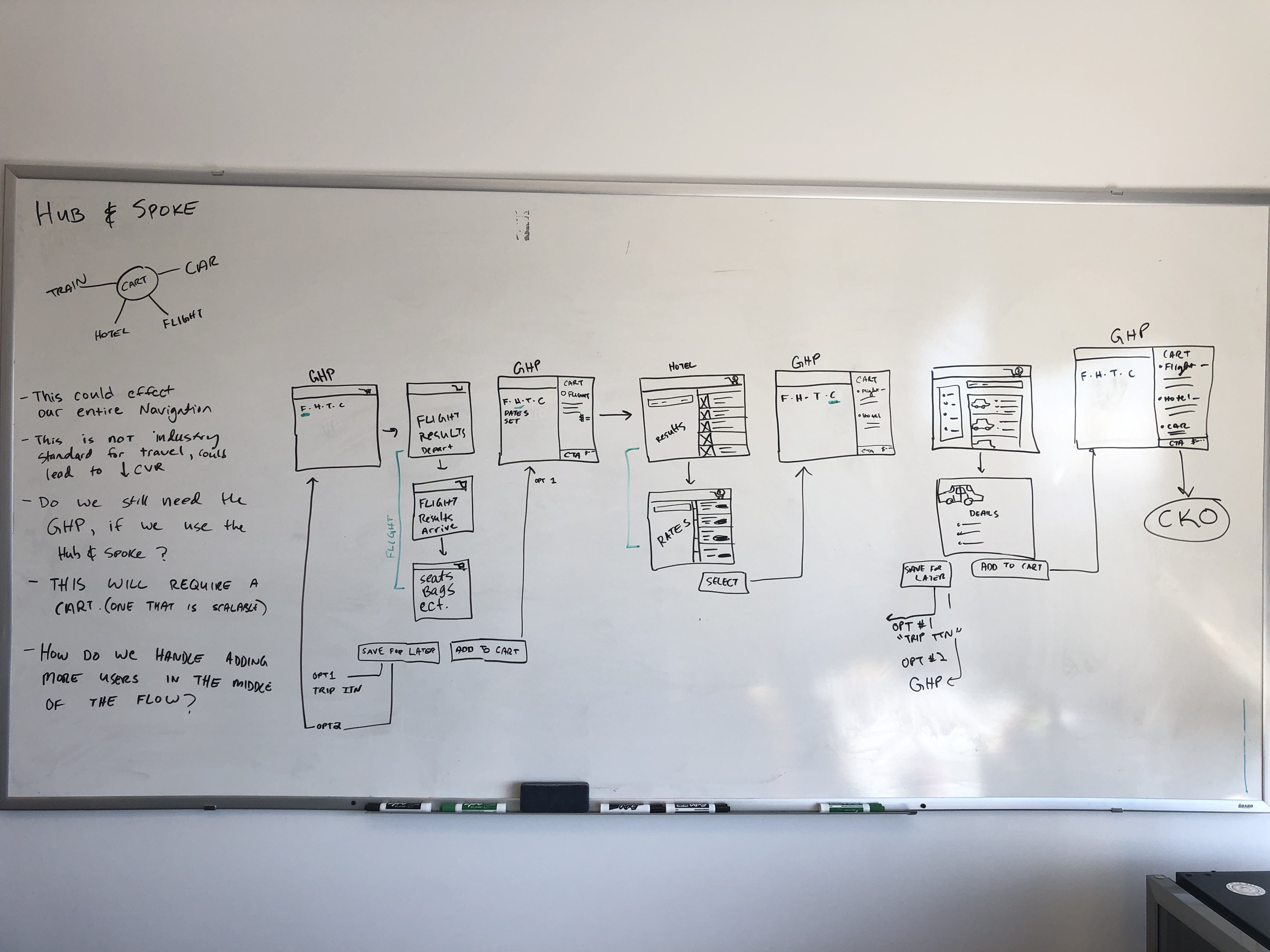 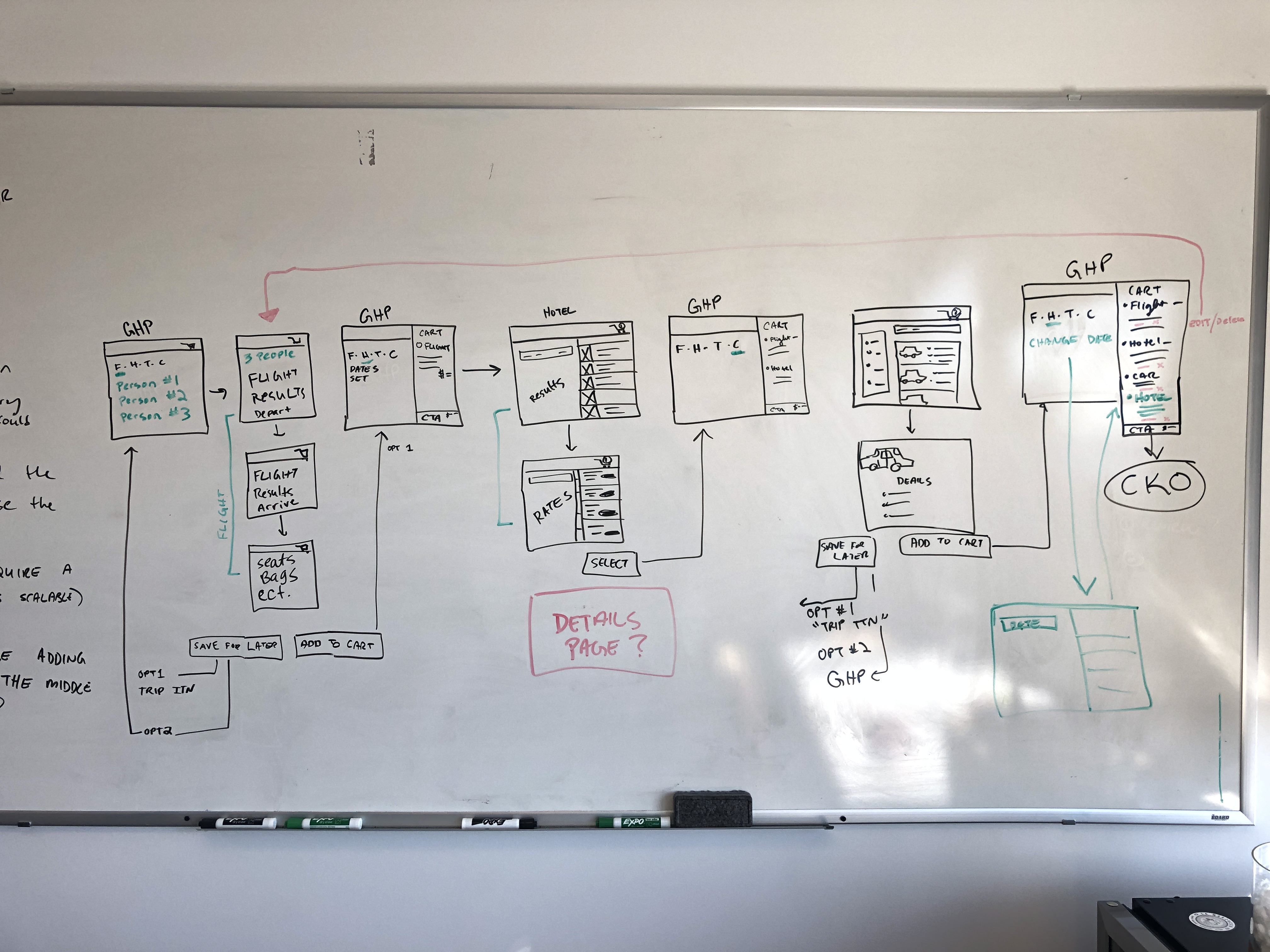 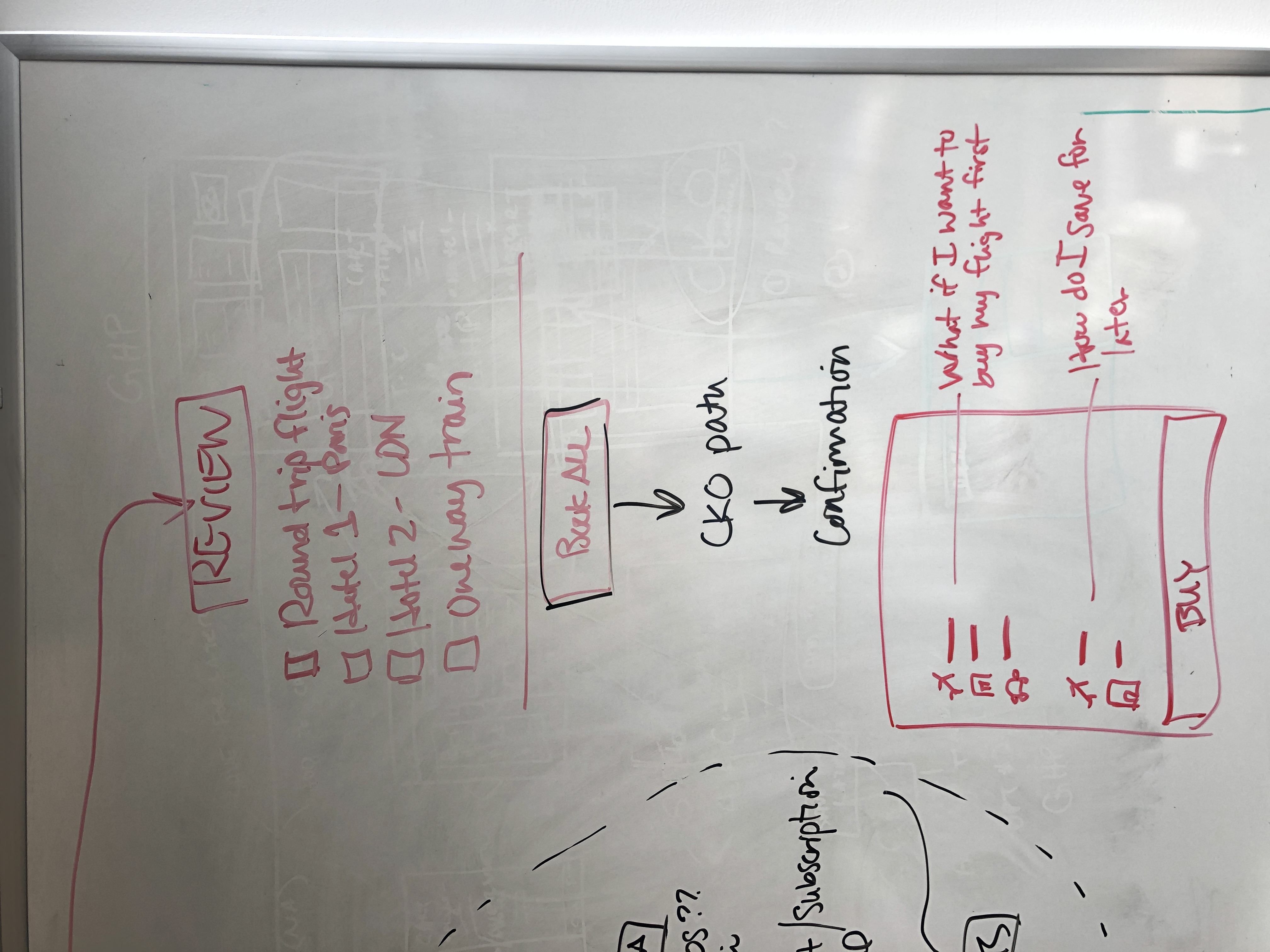 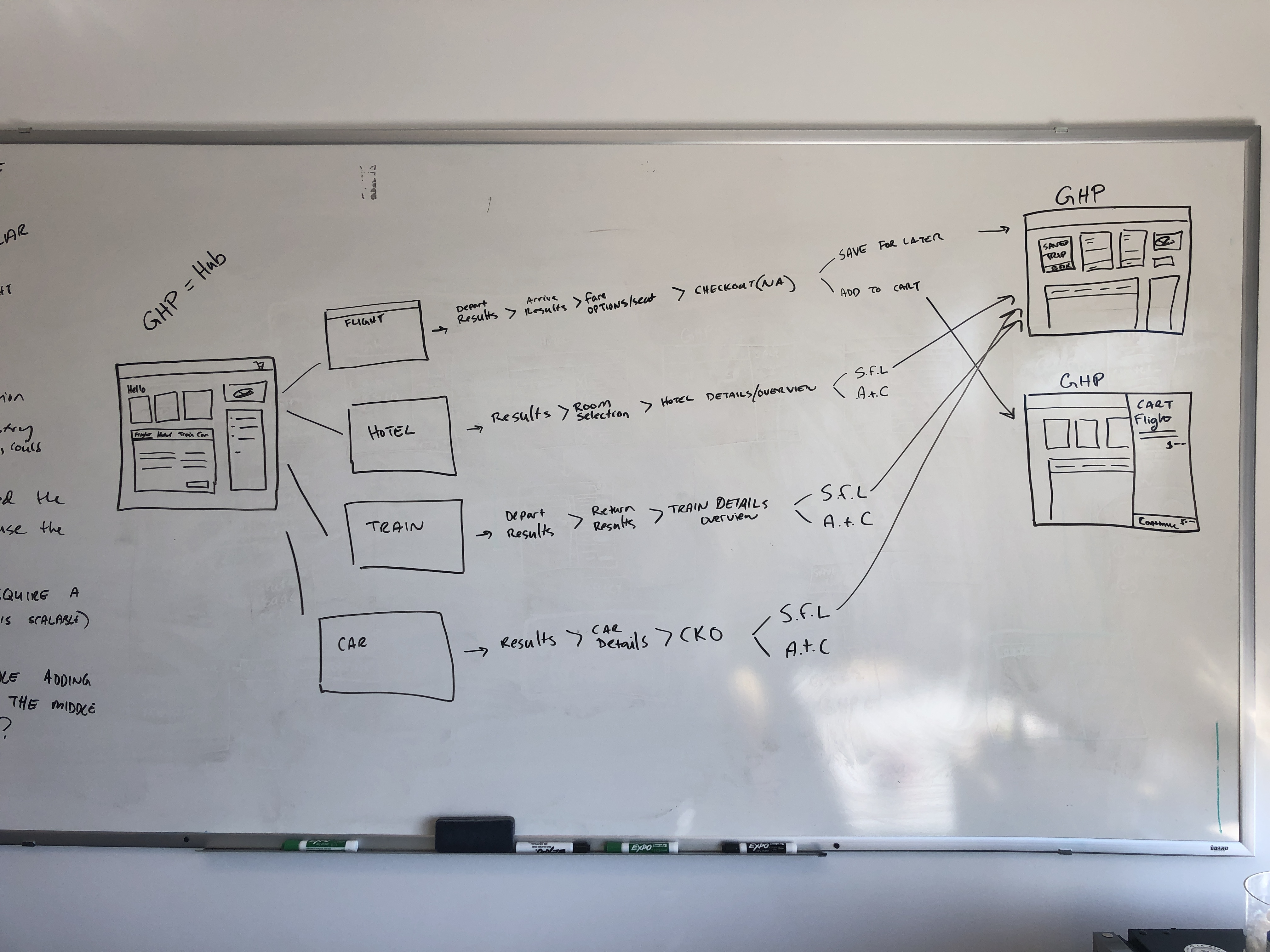 After locking down the UX flows on the literal whiteboard and the digital whiteboard, we moved into the wireframing stage. Our wireframes went straight into prototypes (with InVision) and each was tested on usertesting.com.

Overall, users were very familiar with this path. Most had come across this model before in their personal travel shopping and knew exactly what to expect. There were no surprises.

"I tend to think of my trips holistically."

Even though this kind of shopping path is conventional in the eCommerce space, it does not work well in the travel industry. We worked incredibly hard to try to solve this problem in order to test a viable solution and were unable to come up with something that made sense to the people we tested. Introducing something like this would be a complete mindset shift for our entire user base, and the overhead to making something like that happen is too high of a cost for little return. We concluded that this shopping model is not suited for travel and this was reflected in the ease of use scores and feedback.

"This is the most convoluted purchasing flow that I have ever experienced."

The biggest difference with this test over the other two is that when the users landed on the Draft Trip / Review, it was not expected, but they were delighted by the experience. An interesting observation was that this user was one of a few that likened the path to Amazon specifically, while internal stakeholders were pushing for an "Amazon-like flow" that didn't work at all. 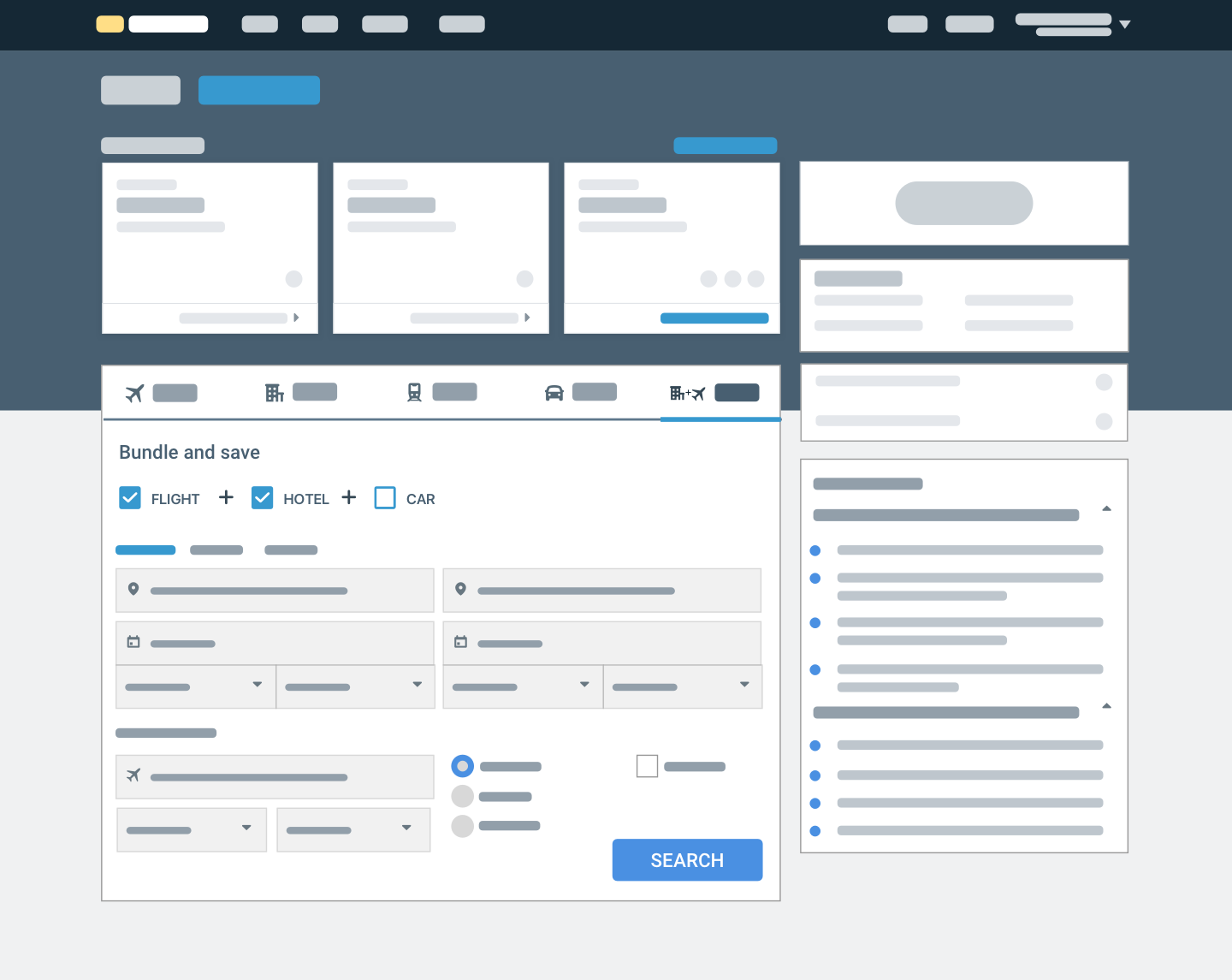 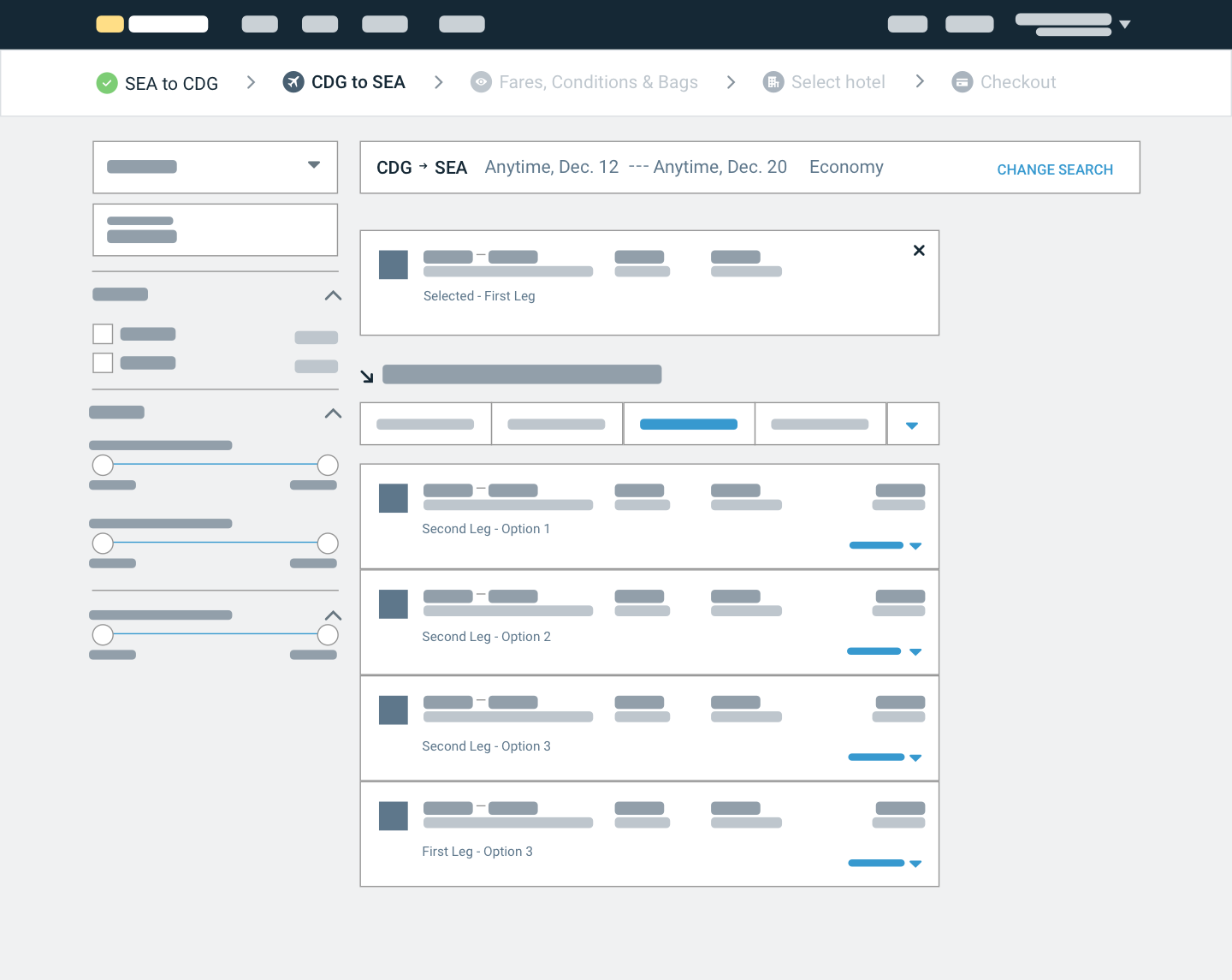 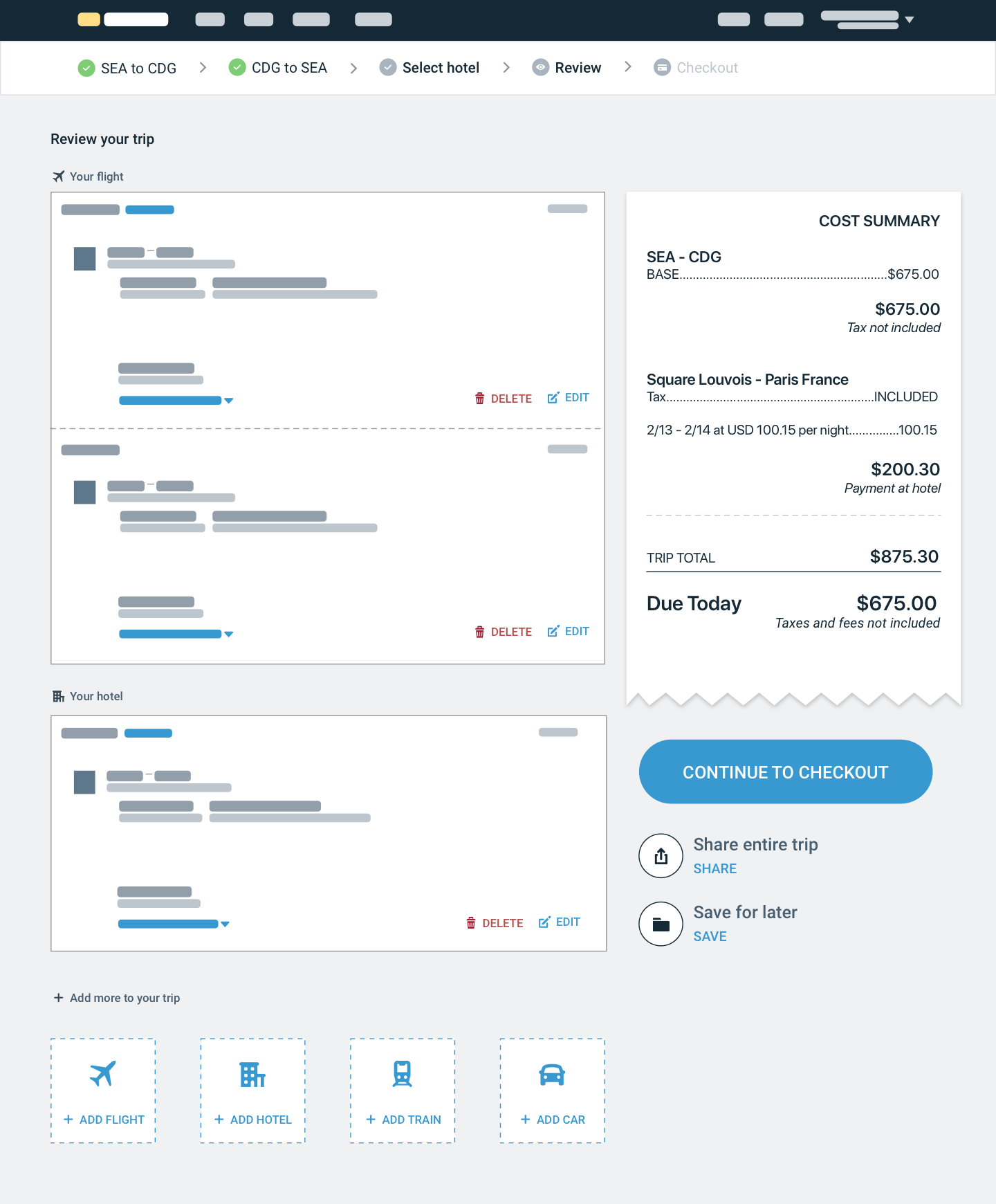 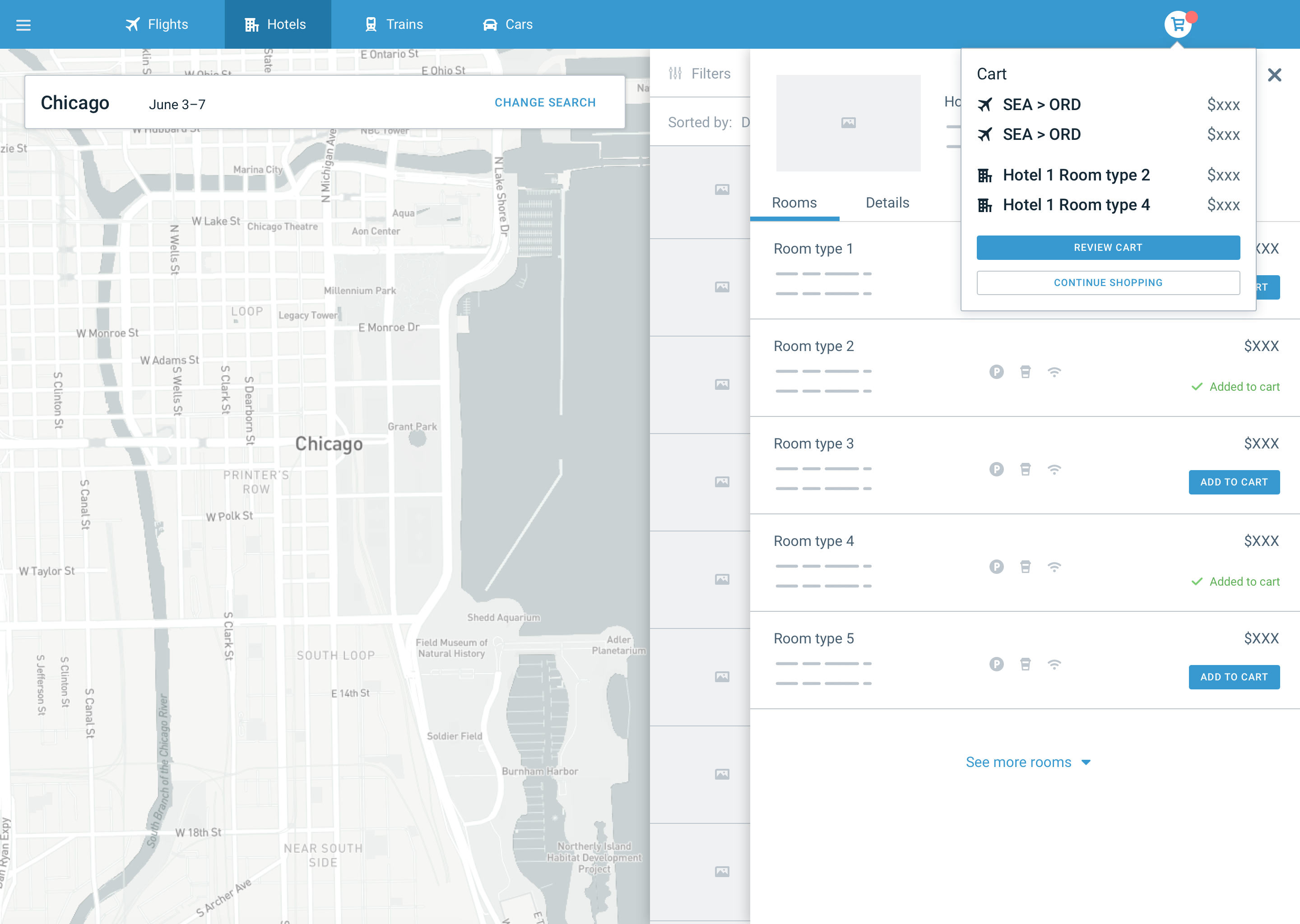 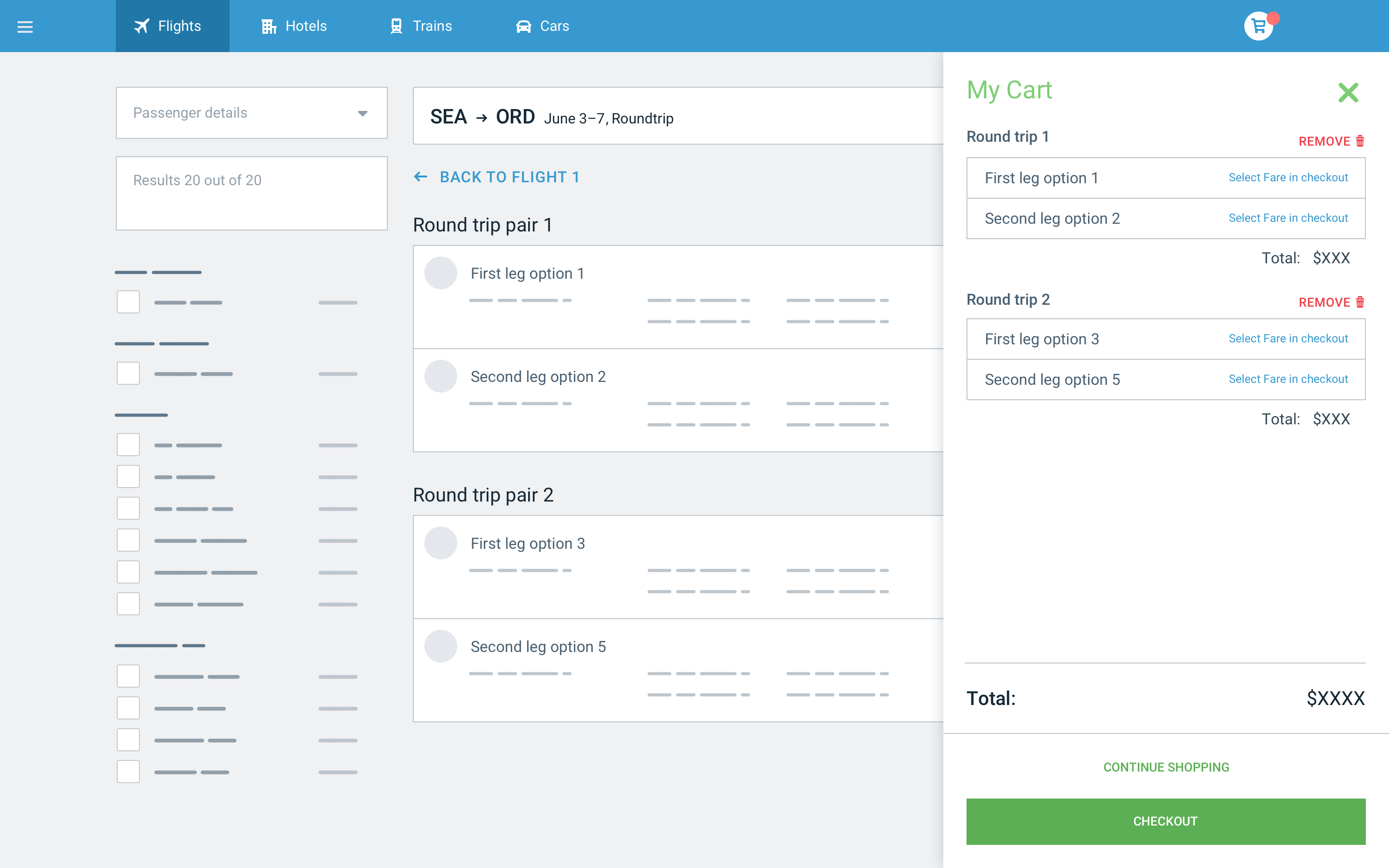 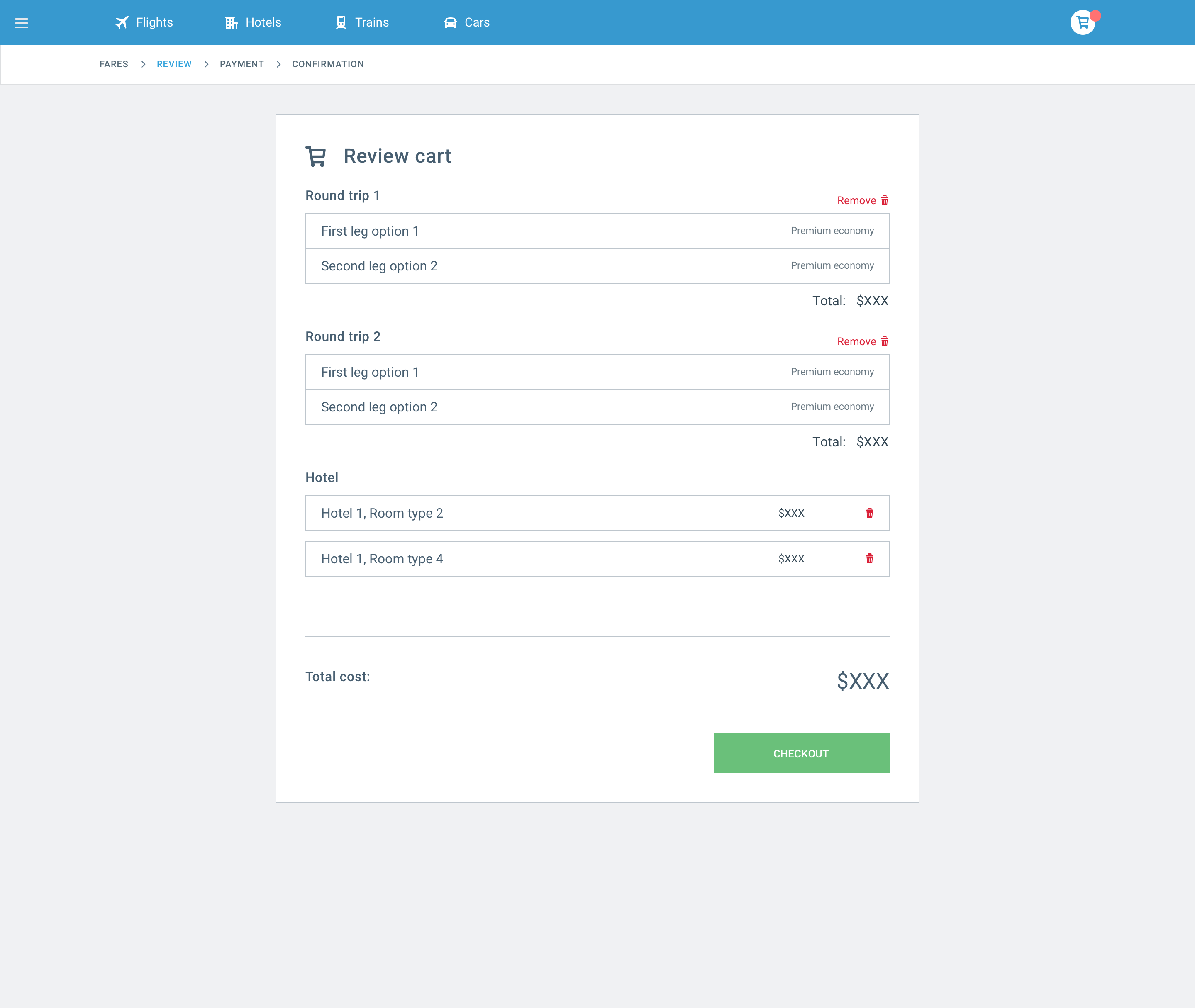 Putting our research to work

Over three days in April 2019, about 25 of us got together to think through the problem, define the scope, and set milestones for the overall project. After defining the problem and setting the context, Corinne and I shared all of the content and learnings from our research to the group. This really helped everyone step into the user’s shoes, as well as somewhat dispel the strongly held opinions about the shopping cart idea. Throughout the workshop, we continuously revisited the research results and the wireframe designs to help guide the conversations.

There were a lot of questions that surfaced during these sessions that we couldn't answer right away. All of them were collected as action items for the design team to probe into further with user research. We also noted all of the assumptions we were making. Luckily, by the end, we had a lot fewer than when we started. These will all be tested with users as we begin to build the new flow.

During the workshop, we printed out the designs and worked through low- complexity to high-complexity user stories to flesh out open questions, assumptions, and ownership areas. Having the visuals was really helpful to support the conversation.

After going through all of the exercises and considering all of our unique perspectives, we landed on a few key features that would be table-stakes for our north star vision.

2. Progress and Save indication

3. Not everything needs to be booked at once 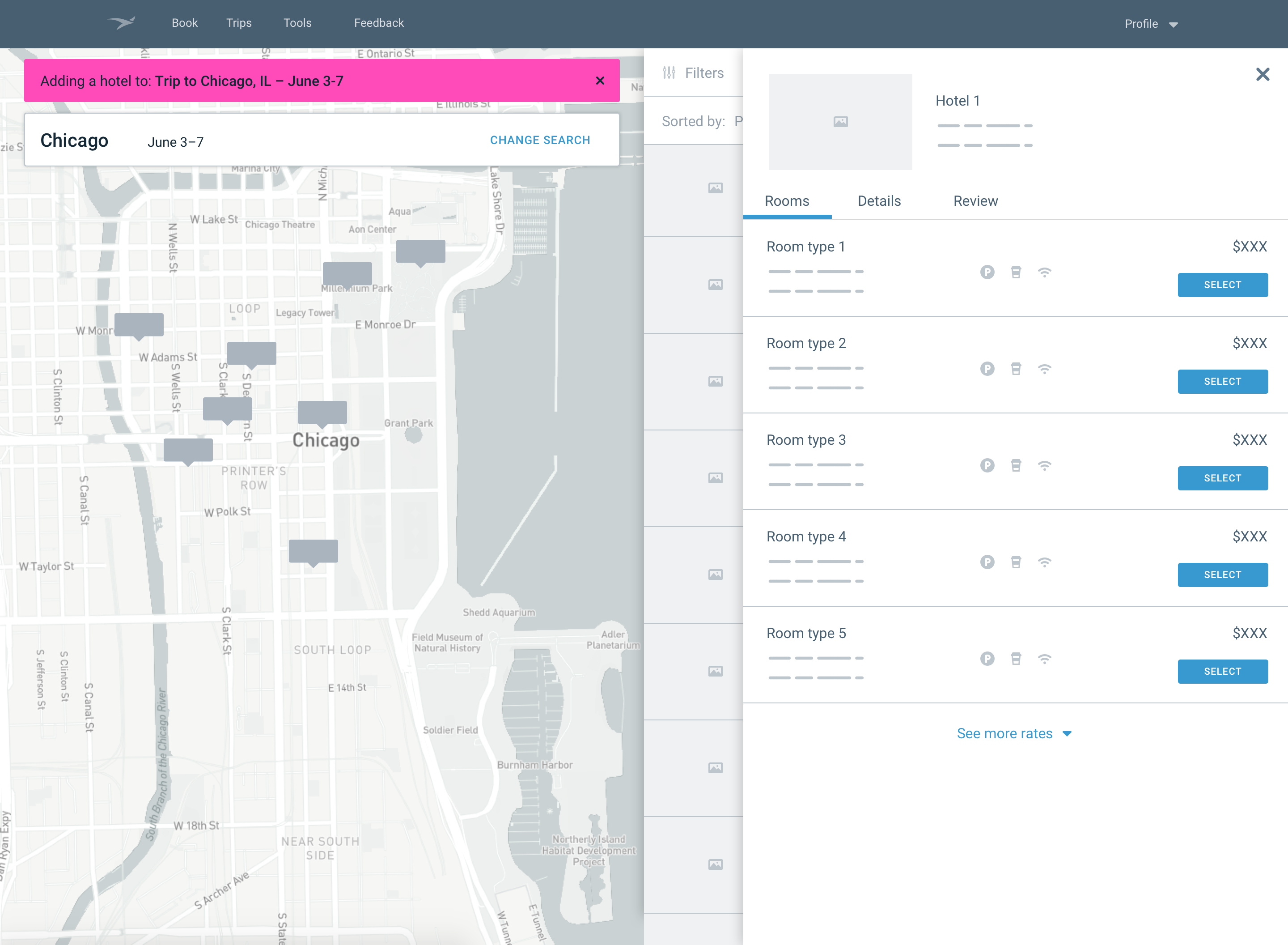 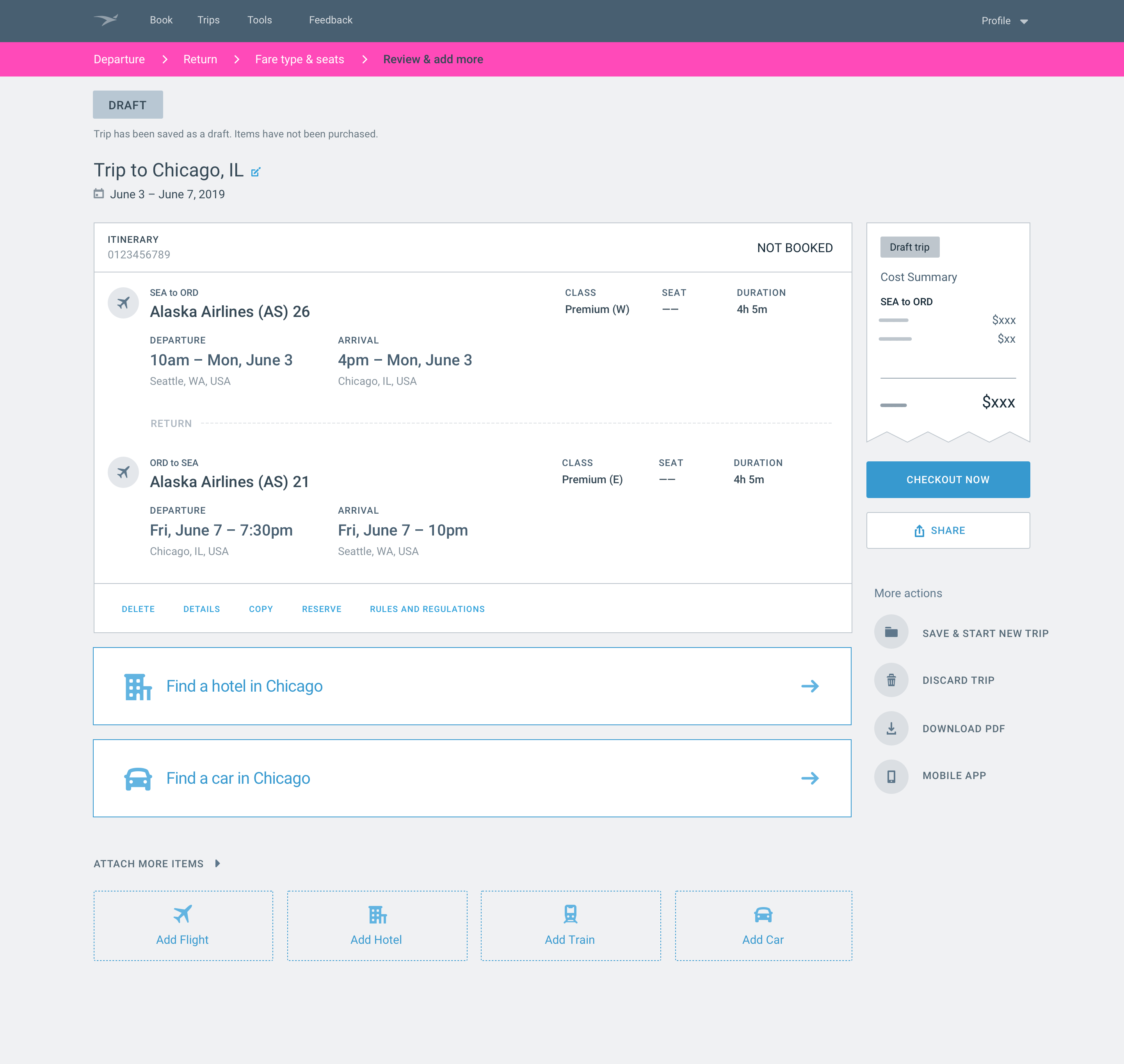 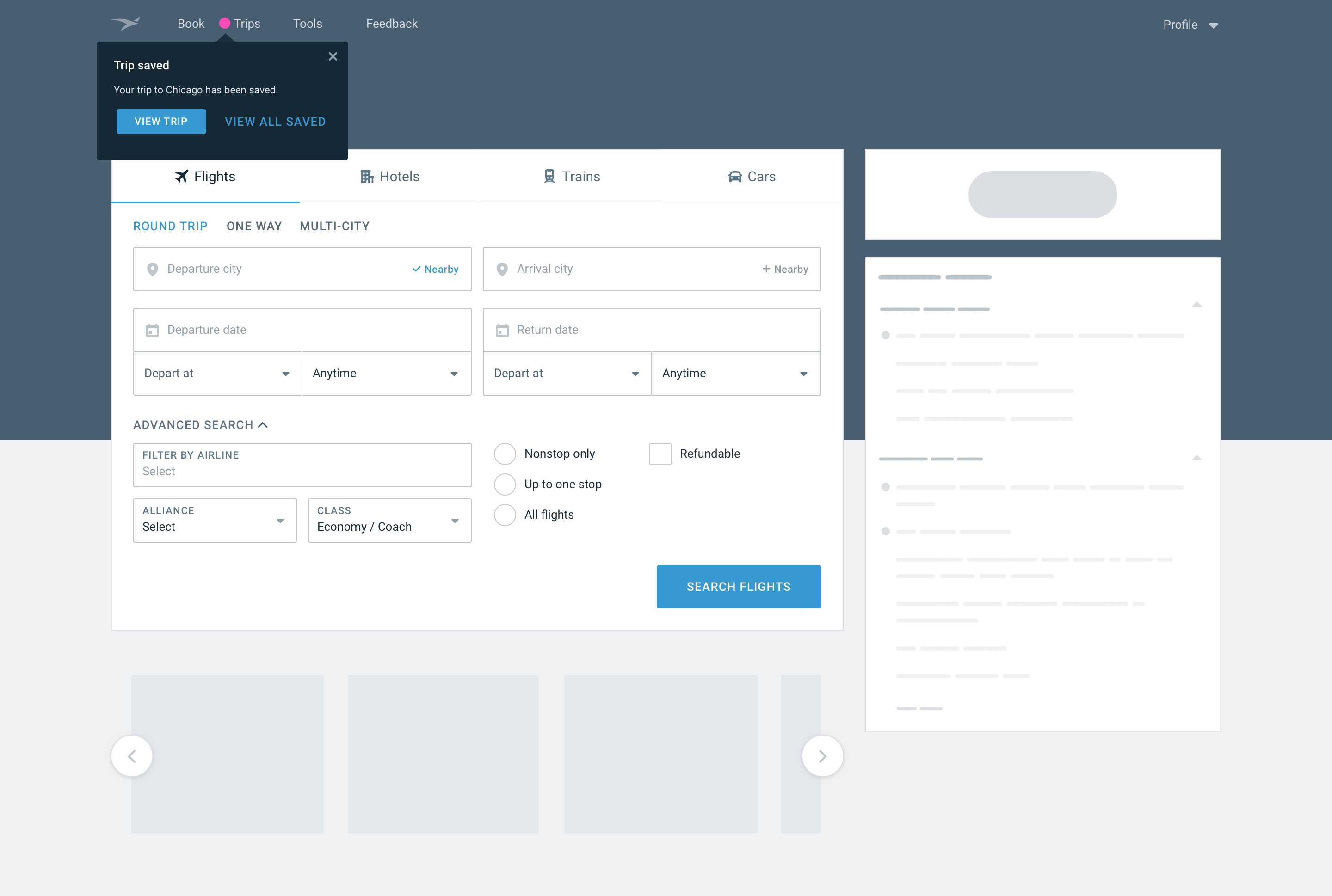 One thing I learned in this process is how to present my findings in such a way that doesn’t alienate my teammates. Ensuring that everyone feels included in the conversation makes for a more collaborative environment. The biggest win for the design team was how much we were able to influence the conversation. Our research was invaluable to the direction of the project.

Hundreds of sticky notes were harmed during this workshop, as documented above. In their sacrifice, we were able to define our vision, map out the first customer traffic plan, assign ownership, and get started. From a design team perspective, some of our next steps include:

• Following up on research questions 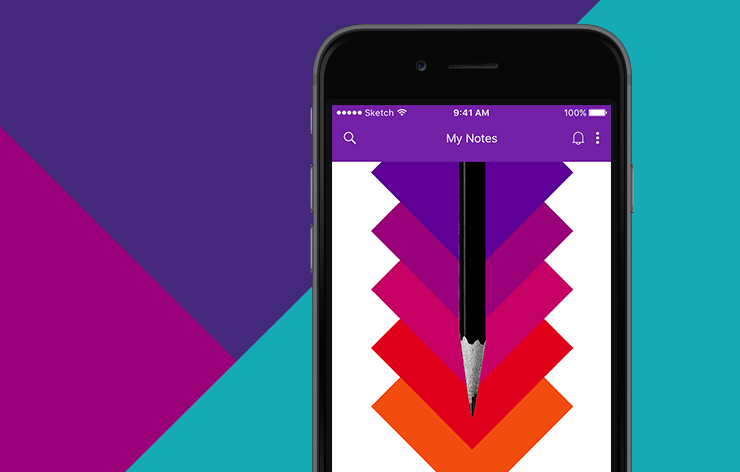 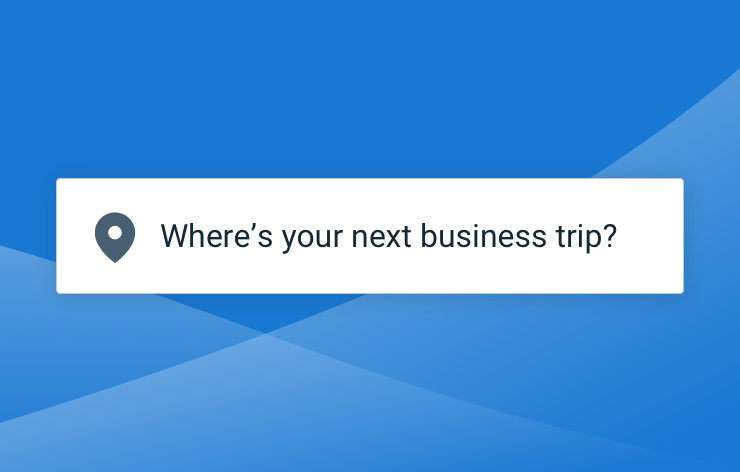 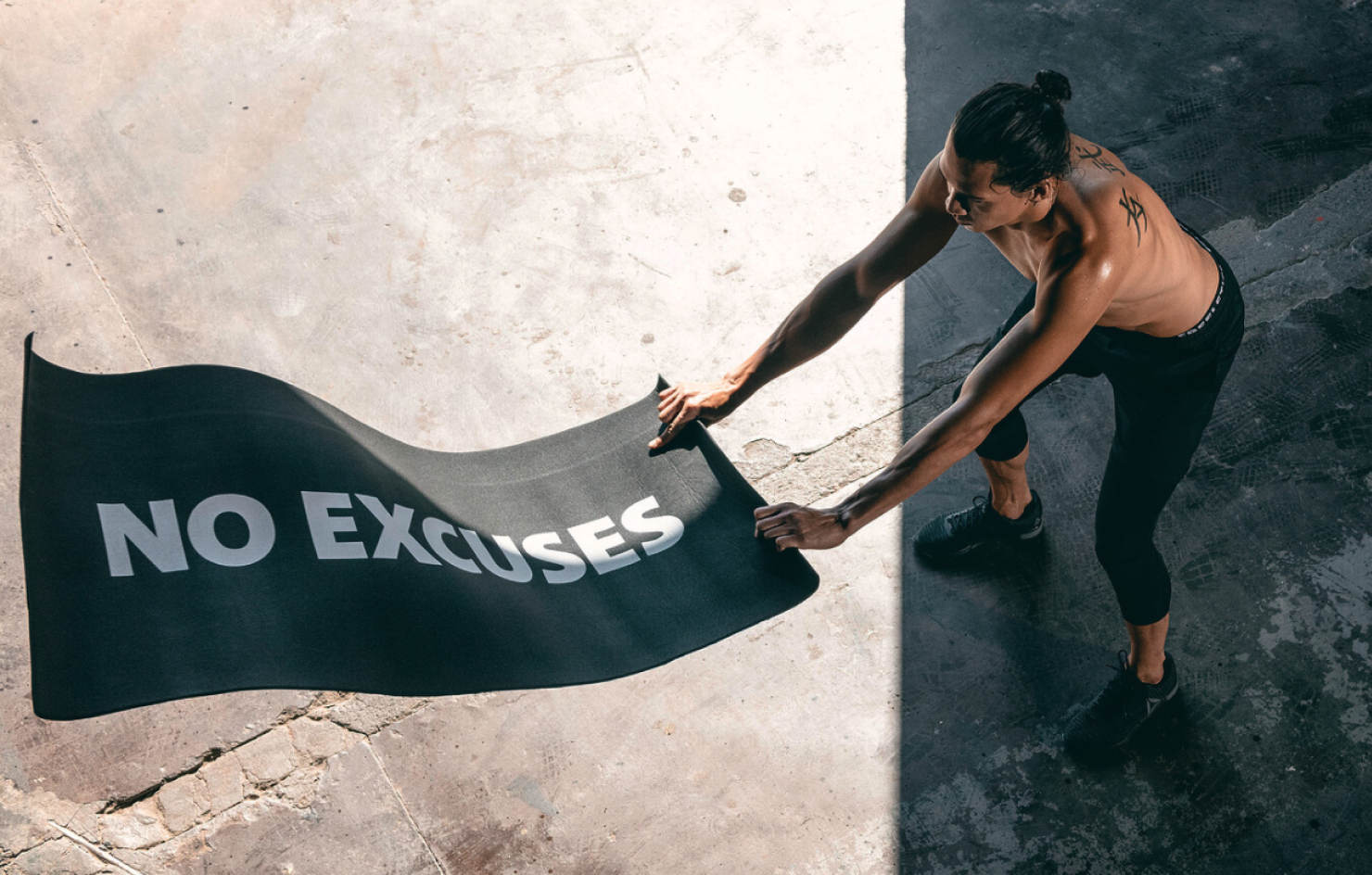 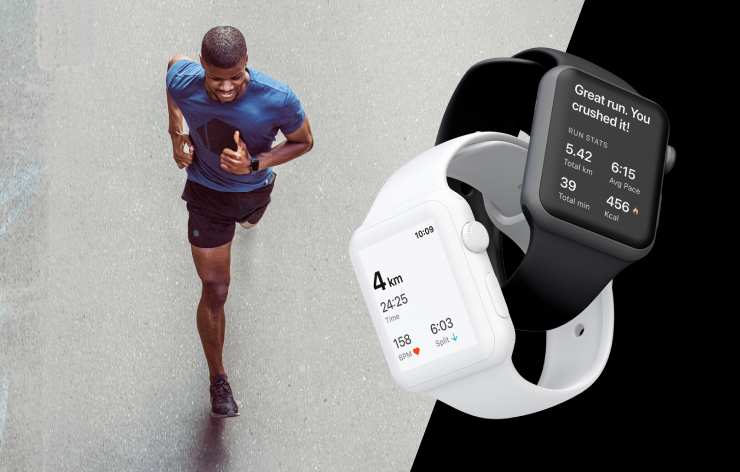